Zoe was born in Highgate, and other than a couple of years spent in Cyprus has lived mostly in the north west of London around Watford and Berkhamsted. Zoe's career has been very varied, from modelling, to estate agency, interior design, furniture restoration and property developing. She is also a very supportive and loving Mother to her two daughters, Georgie and Harriette.
For my part (Keith), I was born in Sheffield, South Yorkshire. After injury put paid to a potential professional football career I spent many years in sales and commercial management at Unilever re-locating to Lichfield and East Grinstead, and latterly working for Mizkan Euro based in Chiswick, London. I am a very proud Dad with two sons (twins), Chris and Ben.
We met in 2012 and we are building our future together.

It was Zoe's dream to one day own and run her own Coastal B&B and mine was to have a big challenge property developing. Initially Zoe thought her dream B&B was going to be in France, but after we combined a driving holiday through France with B&B research the French dream was shattered and the dream shelved, or so we thought! They say timing is everything and so it proved for us, out-of- the-blue, an opportunity arose for me to take redundancy, and that, combined with Zoe's disillusionment with her job, proved to be the catalyst that began the search for a coastal B&B on the south coast for our lifestyle change. After many months looking we decided on one last visit before calling it a day. I fondly remembered Brixham in Devon from a couple of family holidays there. Zoe, had never even heard of Brixham before. So it was, on a very cold, wet birthday weekend in October 2013 we arrived. Despite being supposedly out-of-season Zoe absolutely loved Brixham. She had booked a viewing for the former Brioc Hotel. Other than the location and the stunning views, first impressions of the Brioc were not positive as the property was in a very poor state of repair, it appeared to have damp issues and we thought the price unrealistic:Everyone had been put off by the amount of work required and the investment it would take. Just the sort of place to challenge the risk-averse - so we went for it!

Some 18 months later we have completely redeveloped the property into a 4 bedroom, contemporary-classic sytled, adults only, boutique bed & breakfast.

Welcome to the Driftwood Boutique B&B opened on the 1st January 2017. 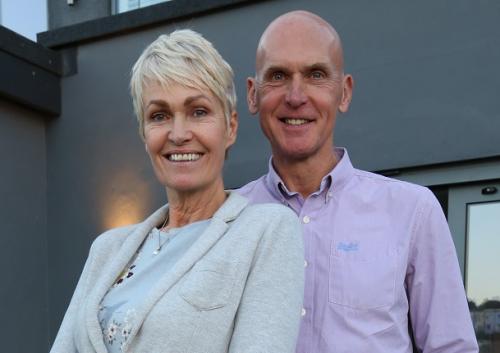